GPS on the hill? Necessity or a hazard? 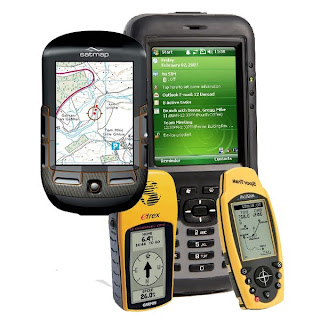 I enjoy taking part in debates on GPS and how it is becoming a bigger part of mountaineering and hill walking, and to what end the increasing GPS trend represents a positive or a negative impact for what I do.

So there is no confusion I’ll briefly explain the types of GPS available out there at the moment:

1) GPS sets with no mapping data – these handsets such as the Garmin etrex provide an accurate readout of location in a variety of formats (including OS grid ref), they also provide a track of where you have walked that day (provided you have had the set on all day) meaning that in the event of an emergency you can back track to where you came from. However they do not show a map with features, so setting a grid reference where you want to go to, will not take into account cliffs, steep ground and other hazards.
2) GPS sets with “vector mapping” – these handsets are the same as the above however they have vector maps which provide basic details like landmarks, rivers, roads and paths. Some sets have contours but not all. The advantage to vector maps is that as you zoom out details are removed meaning the map doesn’t become cluttered. These maps can be useful, but are not 100% accurate in many cases.
3) GPS sets with full OS maps – increasingly popular with new handsets, these GPS sets have full ordnance survey mapping in 1:25k or 1:50k. Although this has been available on PDA’s for some time via memory map, the short battery life and lack of ruggedness meant they were unsuitable for use on the hill. Some PDA’s like the Airo A25 (see review) are ideal for hill use. Newer sets like the memory map navigator set and the Satmap Active 10 are rugged units with built in mapping which mean that accurate positions are displayed on a map, allowing you to double check the outdoor with your surroundings using normal map and compass techniques. Even some phones now have OS GPS capability via ViewRanger software.

The benefits of having a GPS are obvious; in the event of an emergency you simply switch it on and allow to provide an accurate read out of you location. This is essential to any walking group and could save valuable time should the worst happen. In the event of poor weather a GPS set can help you navigate your way to safer ground.

Now recently on UKC I suggested that a GPS with OS mapping was the safest and best option as you can double check the readout using your own skills. However one forum user replied “Your're way too soft. there's no adventure there.” Now besides the obvious mis-spelling of “you’re”. The same user then proceeded to wreck the thread by calling another guy putting forward a good opinion a twat but nevermind.

Personally I think that new GPS sets are tough enough, accurate enough, and last long enough to be the most effective way of navigating on the hill. The accurate location shows on a map, allowing you to cross check it with your own skills. However this gets into the debate of ethics and loss of adventure etc. Personally I am ok with using a GPS, I learned to navigate the hard way, through practice and training and doing my ML. However I understand that others may feel that something is lost by using a GPS. I get my thrills from the adventure of what I’m doing. However despite that all DofE gold groups I work with are trained on the use of GPS, however it is left in a sealed envelope which is checked daily, and the group told only to use it in emergencies.

In the end its down to individuals to decide their own ethics and comfort zone. For me carrying a GPS and using it to navigate with is perfectly ok to me, and I don’t think it would dull my enjoyment of the hills. By ensuring I have a backup map and compass (and knowing how to use it) plus a spare battery I feel totally at home. However I frequently use map and compass only (with GPS in bag) to make sure my purist map reading skills are still up to scratch!

I will be posting a “how to” of different GPS sets and types on here in the next couple of weeks, which will helpfully help anyone wanting to use a GPS but who is not sure of how they work.
Posted by Unknown at 00:07 No comments: 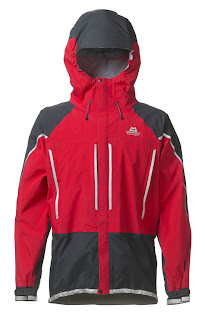 Well I must have been good this year as my gift from Santa (or more accurately my loving parents) was a Mountain Equipment Kongur MRT jacket. Undoubtabley one of the best hard shell jackets on the market.

Having only worn this in the comfort of my home, I can't yet say anything about the performance of the jacket. However what I can say is that this jacket is truly incredible, it feels amazing, it fits great, the cut is perfect, the fabrics used feel tough, it has high reflective strips for bad visibility, and best of all the colour scheme looks awesome.

I will be getting out on the hill in this in the next couple of weeks, where I will post a full review!
Posted by Unknown at 01:49 No comments: 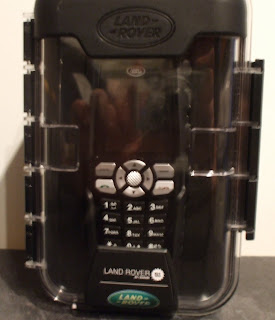 Before reading this review take a couple of minutes to watch these 2 videos. . .

Done? Excellent. I bought one of these last week (I say bought, it actually was available as a free upgrade on my contract). However the phone boasts a number of features that caught my interest from the start.

The landrover X1 also branded as the Sonim XP3 has the following features:

Nothing special right? Not really. However it’s the phones ultra tough and rugged build that makes the phone the perfect phone for outdoor workers. The phone boasts the following rugged features:

1. Dust proof – due to its non porous casing, meaning even micro dust particles cannot work their way into the phone over long periods.

4. Submersible in water up to 1 metre

8. And best of all the phone has an unconditional 3 year guarantee


The phone itself its very substantial. When holding it, it just feels tough. If you are one of the many people like me who can’t stand small buttons on phones when texting, fear not, the S1 is big finger friendly! Now I should make the point now that if you are one of these people who like your phone to have the latest blinged up to date menutouchscreenslicklookingshiny interface. . . you will be very disappointed with this phone. Comparing it to cars this phone is more like a tank. . . however going into war I would rather be in a tank than a Ferrari. The interface is easy to use, texts are easy to send, calls are easy to make and the selection of ringtones is suitably crap.

The phone comes in a small land rover tool box with a belt clip, charger, software and PC cable. It’s quick to charge, and very easy to use (I had this one up and ready to use, with all my contacts copied across from my old phone in about 30mins). Overall I will sum this phone up with a quote from the telegraph newspaper dated Jul 2009.
“The staff at the sun newspaper managed to break one of these phones. . . under the weight of a 3 tonne fork lift truck. Prior to that it survived being baked in an oven at 150 degrees, being left in a pint of beer for an hour, being put in a washing machine, and being thrown out of a second floor building window”
Posted by Unknown at 00:39 No comments: 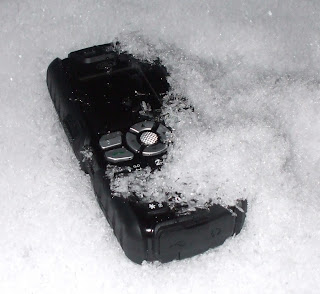 My Sony Ericsson has been giving me some trouble lately so I decided that it was time I upgraded my mobile. My main problem with phones is I seem to break them in one way or another, which is why I went for C702. However this time I thought I would go all out for the toughest phone money could buy. In this case my quest lead me to the Landrover X1. At an RRP of £299.99 this phone is not cheap and I have to say had I not been offered it on a free upgrade on my contract I would not have bothered buying it! However I am very glad I did! I will be getting a full review up on this in the next couple of days. In the meantime pics;


The phone boasts being waterproof and submersible to 1m for 30minutes, operation in extreme temperatures both high and low, GPS, 1000 hours battery life and many other cool features which will make it ideal for any outdoor enthusiast. Initial thoughts are that this is a well built chunk of a phone, that I am going to love! 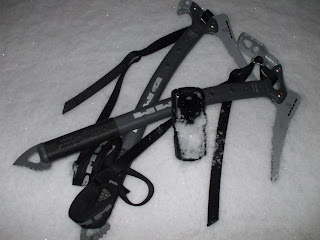 Review coming in the next couple of days!
Posted by Unknown at 23:51 No comments: